For the past six weeks, the USA has been mired in the grip of a profound crisis of free speech. In response to a sharp rise in public expressions of dissent and attempts by ordinary working-class people to campaign for an end to racist police violence, the authorities have responded with a relentless counter-campaign of brutal violence and unrestrained repression.

In the first two weeks of protests against the murder by police of George Floyd in Minneapolis, the regime arrested over 10,000 dissidents. By the end of the first month, the number of arrestees had risen to over 14,000. Of those arrested, the vast majority had either violated no laws, or had only violated legal constraints that themselves were symptomatic of the growing free speech crisis: defying orders to disperse, for example, or simply being outdoors after the regime-imposed anti-protest ‘curfew’ laws that more than 200 US cities have imposed. Countless thousands of regime critics have been brutally beaten by club-wielding police and soldiers, gassed with chemical weapons, and in some cases murdered by far-right vigilantes, spurred on by the regime, with leading government officials declaring that the dissidents were “terrorists.” In at least two cities, New York and Detroit, uniformed officers drove police vehicles headlong into crowds, apparently with the intent to maim or kill their victims.

The Department of Justice has publicly admitted that it views the movement as a manifestation of “domestic terrorism and will be treated accordingly.” The Attorney General announced that the formidable arsenal of lawless surveillance at his disposal would be deployed against anti-racist protest organizers across the USA: “To identify criminal organizers and instigators, and to coordinate federal resources with our state and local partners, federal law enforcement is using our existing network of 56 regional FBI Joint Terrorism task forces” against anti-racist regime critics.

No surprise, then, that the United Nations high commissioner for human rights felt compelled to intervene, urging the US government to cease its ongoing use of “excessive force” against protesters, as well as its longstanding use of racist police violence generally. The regime, however, has ignored such pleas, continuing its attacks on the most basic democratic rights, the right to assemble, to freely associate, to publicly express dissent.

Meanwhile, an uncertain number of dissidents have been killed while protesting, either by police violence, including the effects of chemical weapons deployed by the regime to disperse dissenters, or by wealthy regime-aligned terrorists.

The free speech crisis obviously calls for a response from everyone who purports to care about basic democratic rights. Intellectuals, indeed, are particularly obligated, arguably, to stand up for free speech, in a situation where that ideal is under siege by the most powerful and lawless of adversaries: the armed power of the state, with its cops, its soldiers, its judges and its jails, deployed everywhere to demonize, criminalize and punish dissent and anti-racist protest.

This is the context in which a Letter, published in Harper’s magazine, has appeared. The letter, signed by several of the most high-profile intellectuals of our time, purports to be a defence of free speech. It should be noted, if only in passing, that the speech of the authors of this letter has continued to flow, quite freely indeed, during the whole free speech crisis of the past six weeks. Almost every day we are treated to breathless reportage on the latest declaration of J.K. Rowling about gender, for instance, and another signatory, David Brooks, has both a regular weekly spot on a national television program and a weekly column in the New York Times. All the more welcome (not to say uncharacteristic) would it be, therefore, for these free-speaking, prominent and inescapable ‘talking heads’ to stick up for others, notably for those who lack their favourable access to high-profile platforms: the hundreds of thousands of anti-racist protesters targeted by the state and demonized as “terrorists” by the President, the Attorney General, and the FBI.

Does the Letter do this, though? Does it respond to the crisis with a much-needed defence of the value of lively public controversy and vociferous protest? Does it denounce the demonization, criminalization and the state violence directed against anti-racist protesters? Alas, no. In fact, it neglects — or rather, pointedly refuses — even to acknowledge the scope or the character of the free speech crisis. The letter offers not a word about the massive wave of violent attacks on regime critics; it says nothing about the thousands and thousands of arrested dissidents; it is rigorously silent about the imposition of curfews in hundreds of US cities in the weeks prior to the Letter’s publication; it is written as if its signatories don’t know, or refuse to admit, that the US government has openly criminalized anti-fascist activism and deployed its apparatus of supposedly “anti-terror” surveillance and disruption to thwart democratic engagement by anti-racists. The strict and uncompromising silence about the free speech crisis, in a letter that purports precisely to be a defence of free speech, is astonishing.

Instead, the Letter focuses on something entirely different: the fact that some people are mean on twitter.

No doubt they are right about this much. Some people are mean on twitter, or other public forums, and sometimes people get drawn into over-the-top ‘piling on’ against people who say or do controversial things. The rush, on some occasions, to condemn some speech as ‘beyond the pale’ may not have reached the heights in recent years that it did in earlier times, e.g., when liberals orchestrated the ‘Red Scare’ in the 1920s and the anti-communist ‘Witch Hunts’ in the 1940s and 1950s. Even so, it would be foolish to deny that the problem exists today. To cite one type of case, notwithstanding the norms of academic freedom, professors have been fired from their jobs as a result of this type of process, for example, for expressing criticisms of the Israeli state. One professor was attacked online for defending a Black-only anti-racist gathering: she “was bombarded with online complaints, hate mail and even death threats,” before being fired arbitrarily by her employer. Other workers, especially unorganized workers lacking union protection, have been arbitrarily fired by brand-sensitive employers attempting to distance themselves from controversy at the expense of workers’ rights.

More generally, it is fair to say that most people rightly regard the political culture of twitter and other social media sites to be, to varying degrees, insufferable and off-putting, due to its well-known attachment to the spirit of self-righteousness, which is mostly a liberal and conservative thing, but admittedly also affects parts of the left.

But please, please, please — can we keep our eye on the ball for a moment? The rampaging and lawless targeting of dissidents with violence and repression from the state has been underway for a full six weeks. And while we do need intellectuals to intervene, along with unions, social justice and social movement organizations, and people generally, the last thing we need is a screen discourse about “cancel culture” that is thrust into the foreground, not to shed light on what’s actually happening, but on the contrary to avert our attention from the real crisis of free speech that is painfully visible — for those willing to look — in the daily attacks on protesters in the streets of city after city, across the USA and beyond.

It is not a new thing, this incapacity or unwillingness of liberals to defend free speech, beyond their ritualized affirmations of the virtue of ‘civility,’ by which they mean refraining from boisterous protest. Marx wrote an important book about it, The Eighteenth Brumaire of Louis Bonaparte. Liberals, he observed, always choose order over justice, their quiet enthusiasm for the power of capital over the risky actualization in practice of their superficial commitment in principle to the rigorous protection of civil liberties. The old song by The Clash put the point well: liberals want us to know our rights; they just don’t want us to try using them.

But we should not allow liberals, nor their hapless new Letter, to distract us from the importance of mounting a vigorous defence of free speech. Karl Marx, who so perceptively criticized the hypocrisy and superficiality of liberals, could not bear the thought of ceding the defence of civil liberties to the ideologues of official liberalism. He insisted instead that working-class people should continue to assume their longstanding role as liberty’s only guarantors against the incursions and overreaches of power and wealth. As Marx put it: “The political freedoms, the right of assembly and association, and the freedom of the press — those are our weapons. Are we to sit back and abstain while somebody tries to rob us of them?”

Today, Marx’s point is as timely as ever. A concerted push-back is urgently needed, carried out by all working-class people and organizations, led today by the movement for Black lives, against the state’s crackdown on dissent, its criminalization of anti-fascism, and deployment of violence and demonization against anti-racist protest. The Letter itself should mainly be ignored, but not before pointing out just how dangerously wrong-headed liberalism is on this issue. If we leave the defence of free speech to the likes of Todd Gitlin, Matthew Yglesias, and J.K. Rowling, and the rest of the Letter’s signatories, the present crisis of free speech will surely get worse, and the lawlessness of the state will go unchecked by the kind of forceful pushback from the people that we so urgently need right now.

(Steve D’Arcy is the author of Languages of the Unheard: Why Militant Protest is Good for Democracy.) 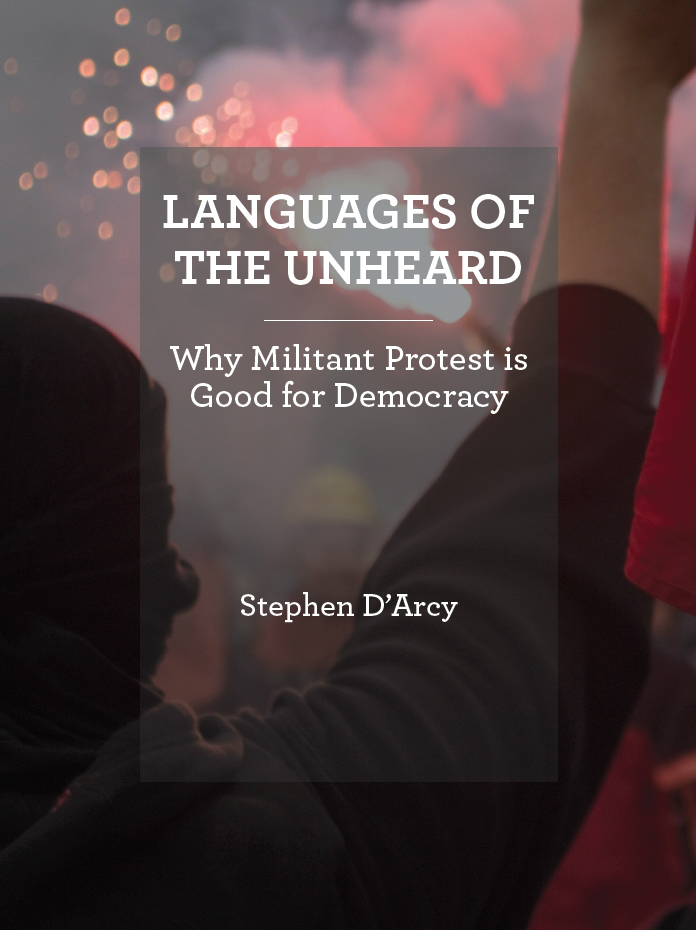 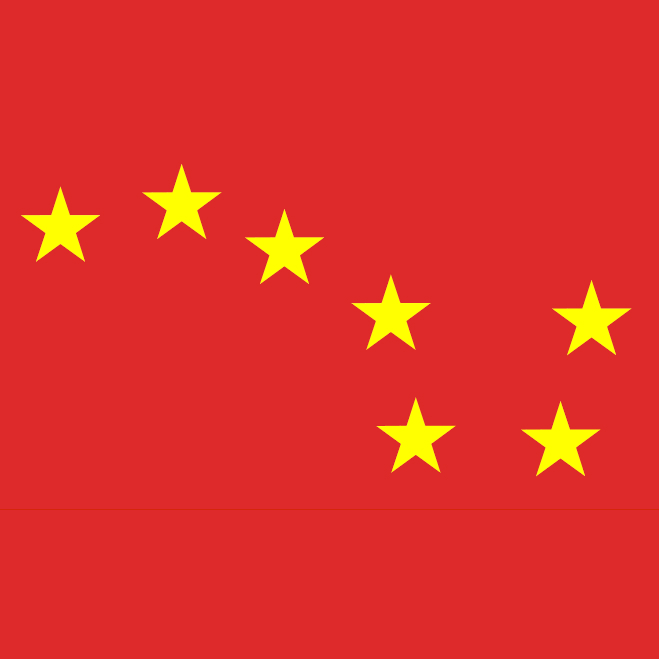