1. Reason is a special sort of capacity or competence: the capacity to weigh considerations for and against adopting either (1) a belief, or (2) a course of action. To be rational, in the relevant sense, is to be capable of deliberating about these considerations, which are called “reasons” (to believe or to act). When we weigh reasons to believe, we call this activity epistemic reasoning; when we weigh reasons to act, we call this practical reasoning.

2. In the marxist tradition, notably in the work of Marx himself, the favoured mode of reasoning, about both epistemic and practical matters, is dialectical reasoning. It is favoured because the “point” of reasoning, in this tradition, is not “scholastic,” but transformative: “The philosophers have [hitherto] only interpreted the world; the point, however, is to change it.” Dialectical reasoning encourages the interpreter to understand the world as a field for possible transformative interventions, to be “understood in its contradiction and revolutionized in practice.” (All of these quoted passages are from Marx, “Theses on Feuerbach,” 1845.) 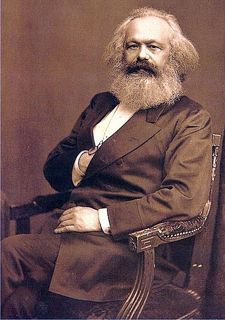 3. Dialectical rationality, in the marxist tradition, is the competence to deploy a set of higher-order interpretive standards about how best to weigh reasons at the first-order level, in light of the overriding “practical-critical” interest (or “point”) that animates dialectical research, which is to lay bare the opportunities for potent and emancipatory intervention into dynamic systems of conflict and subordination or “fettered” human “development.” Reasoning is dialectical, in this “practical-critical” way, when the standards it uses to steer decision-making (about what to believe or to do) jointly prioritize an understanding of the world, and the intervention-opportunities it offers, that is informed by a conception of events and actions as importantly embedded within and largely generated by antagonistic and dynamic systems with discernible developmental trajectories (concepts that I explain below).

4. The interpretive norms that qualify reasoning (about what to believe or to do) as dialectical can be stated concisely:

(a) First, dialectical reason is committed to a norm of systemic understanding, according to which events and actions are to be understood, not in terms of pure facticity (as something that “just happens”) or pure agency (as voluntary choices of an unconstrained “free will”), but rather in terms of larger antagonisms and systems that tend to generate events and acts of the relevant kinds, in ways that comply with an intelligible systemic logic.

For instance, dialectical reasoning discourages adoption of the belief that a certain CEO chose to attack a union due to her moral failings as an individual. The “dialectical” basis for casting doubt on such an interpretation is that the proposed view understands the events and actions under consideration as generated by voluntary decisions made by an individual, who could just as easily have chosen to encourage union activity. When we adopt the interpretive norm of systemic understanding, we tend to discount such judgments as ill-founded, in favour of competing interpretations, according to which (for example) the CEO is responding to systemic imperatives that tend to govern her choices, systematically encouraging profit-maximizing choices, and systematically discouraging public-interest-furthering choices. Dialectical reasoning treats the systemic character of this second interpretive option as counting in favour of its adoption (other things being equal).

At the level of practical reason, our reasoning accords with this norm of systemic understanding, when it diagnoses the antagonism between the CEO and his or her employees, “not in the sense of individual antagonism but of an antagonism that emanates from the individuals’ social conditions of existence” (Marx, Capital), and therefore prescribes interventions that target the systemic logic at work, rather than the individual choices of a specific personage.

(b) Second, dialectical reason is committed to a norm of dynamic understanding, according to which these systems are to be understood, not as stable structures that automatically self-regulate toward a reliable equilibrium, but unstable, dynamic systems that transform themselves according to discernible (albeit not necessarily predictable) developmental trajectories. As Lukacs puts the point, dialectical reason regards the “present as history,” always already undergoing transformation and reconfiguration.

For example, a description or explanation of “the economy” will better accord with the interpretive standards of dialectical reason to the extent that it highlights the tendencies toward instability, crisis and system-malfunctioning. Conversely, dialectical reasoning will tend to view sceptically any description or explanation of “the economy” as tending automatically to gravitate toward a stable equilibrium. (Again, this is not a matter of refusing to recognize reality, under the influence of some a priori ideological commitment. Rather, it is a matter of highlighting the points of possible intervention, and “laying bare” the instabilities that can focus proposals or projects for emancipatory practical engagement — all of which are glossed over or repressed by undialectical interpretations.)

(c) Third, dialectical reason is committed to a norm of antagonistic understanding, according to which the dynamics of unstable systems are to be understood in terms of conflicts and antagonisms that animate and destabilize them.

For example, dialectical reasoning will assess a proposed description or explanation of a social problem (like climate change or unemployment) more favourably, other things being equal, to the extent that the proposed interpretation reveals the basis of transformations and instabilities of prevailing systems as products of the tensions, conflicts and struggles between opposing social forces or groups, pitted against one another in ways that undermines social cohesion. An interpretation of climate change in terms of “overpopulation” or “overconsumption,” for instance, will tend to be weighed unfavourably by dialectical reasoning, to the extent that it glosses over or conceals the roots of social actions and events in conflicts between profit-motivated employers and need-motivated workers, or the antagonism between business interests and the public interest. A class-struggle analysis, and/or an anti-colonial analysis, will — by contrast — be weighed more favourably by reasoning that is dialectical, assuming that the analysis highlights rather than covering up the conflicts between what Marx called “the mass of the people” and “a few usurpers.”

(d) Fourth, there is the norm of negation-negative understanding, according to which the conflicts and antagonisms that animate dynamic, unstable systems are to be analyzed in terms of “fetters” on the “free development” of social “forces” or social energies that antagonistic systems both rely crucially upon and continually struggle to constrain and domesticate. (In the jargon of dialectical research, the overcoming of fetters that block development is called the “negation of the negation.”)

Dialectical standards of sound understanding encourage adoption of proposed descriptions or explanations of actions and events when these interpretations reveal forces or energies within the prevailing situation (that is, the socio-historical object under study) that are blocked or held back from full and free development by established social relations. For example, a dialectical interpretation of unemployment will highlight the capacity for productive, socially useful work by unemployed people, whose contributions are blocked from taking full effect by the dominance of a social structure (the labour market) that allocates labour power according to criteria of profit-maximization rather than need-satisfaction. Such an interpretation brings into view a kind of “negativity” or “lack” within observable reality, consisting of possibilities that are present in principle, but blocked in practice by existing social relations. As such, it highlights prospects for liberating transformations that un-block reality (negate the prevailing negation) in order to actualize potentialities that are “fettered” or tied up due to interest-conflicts between antagonistic social forces (e.g., workers and capitalists). A dialectical interpretation will thus tend to reveal existing social relations as (to cite the Communist Manifesto) “so many fetters” to be “burst asunder.”

The norm of negation-negative understanding is particularly important in dialectical practical reasoning, since it discourages us from weighing heavily a reason to act which does not link a proposal for change to fettered forces (blocked or negated potentialities) that can be unleashed and turned against the social relations that limit and block them. For instance, Marx’s critique of Utopian socialism was grounded in the norm of negation-negative understanding: the Utopians proposed abstract ideals that were purely exterior to the status quo, rather than finding within capitalism itself the social forces (productive forces, organizational forms, like co-operatives and unions, and the collective agency of working class people) that could be mobilized and turned against the system to “burst asunder” the constraints that block their development, negating the negativity or fettering that held them back. As Marx says in the Grundrisse, “if we did not find concealed in society as it is the material conditions of production and the corresponding relations of exchange prerequisite for a classless society, then all attempts to explode it would be quixotic” (Karl Marx, Grundrisse: Foundations of the Critique of Political Economy (Rough Draft), trans, M. Nicolaus, Harmondsworth, England: Penguin Books, 1973, p. 159.)

5. These broadly “methodological” or “meta-interpretive” commitments to an understanding of social reality that reveals its susceptibility to transformative political action through anti-systemic mobilization are clearly substantive, in the sense that they predispose dialectical social analysis to adopt a certain range of descriptions and explanations over others. In principle, it is possible that the substantive pre-commitments of dialectical inquiry might prove to be systematically misleading (to be, not only prejudgments, but prejudices, in the worst sense). But here, the materialist-dialectical approach to inquiry returns to its guiding intuition: that the “practical-critical” mode of inquiry will prove itself in the context of emancipatory political struggle. The question of the “ultimate” justifiability of these dialectical commitments “is not a question of theory but is a practical question,” according to the marxist tradition. Ultimately, critical researchers “must prove the truth, i.e., the reality and power, the this-sidedness [Diesseitigkeit] of [dialectical] thinking, in practice. The dispute over the reality or non-reality of thinking which is isolated from practice is a purely scholastic question,” and hence falls outside the scope of dialectical thought. But the exclusion of this “metaphysical” question, about whether and to what extent dialectical reason is justified by the way the world “really is,” indicates less a limitation of dialectical reason than a limitation of the pertinence or value of metaphysical speculation for the projects that motivate dialectical research in the first place. Once again: “the philosophers have only interpreted the world in various ways; the point, however, is to change it.” (Quotations in this section are from Theses on Feuerbach.)

View all posts by stevedarcy

1 thought on “What is Dialectical Reason?”