According to Marx, “supreme authority” should be vested in a “Council,” operating as “a democratic assembly, [in which] every adult male and female member had a voice upon all questions brought before it” (Ethnological Notebooks, p. 150). And yet, he assigned a central role in revolutionary politics to what he called the “dictatorship of the proletariat” (DOTP), which he suggested would undertake “despotic inroads on the rights of property.” 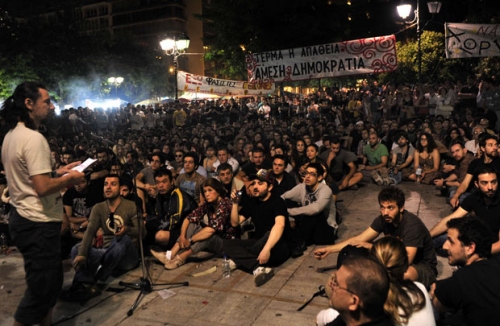 The concept of DOTP has been subject to multiple interpretations.

This last, normative interpretation of DOTP is rooted in the “social republican” understanding of Marx’s politics, an interpretation that finds much of its support in Marx’s most important text after Capital, “The Civil War in France.” The idea that public autonomy is the core normative commitment of Marx’s politics is not as well understood as we might wish. In part, this is because some Marxists have misconstrued DOTP as a prescription for domination, albeit domination of the reactionary capitalist ruling class.

But, precisely in the first volume of Capital, Marx points us in the very opposite direction. The regime of DOTP is not to be a form of “domination,” but a throwing off, by the people, of the yoke of domination: “the expropriation of a few usurpers by the mass of the people” (Capital, v. I, ch. 32). This is how Marx understood the idea of DOTP. The proletariat would “constitute itself the nation,” i.e., claim the mantle of democratic publicity, and put a stop to the domination of the people by the usurping class of exploiters. DOTP, in Marx’s sense, would be a “negation of the negation”: a “bursting asunder” of the “fetters” that block public autonomy. Thus, in no way can we think of DOTP is a repetition, or replication of the domination (Herrschaft) that we know well from bourgeois politics (i.e., “liberal democracy”). There can be no socialist state, strictly speaking, in Marx’s schema, since a regime of DOTP precludes all recourse to statism and Herrschaft. On the contrary, Marx understands DOTP as the kind of dramatic upsurge of grassroots democracy and popular self-rule that he described in his account of the Paris Commune as a “social republic.”

In a regime of DOTP, the people dictate the terms of social cooperation, in place of the rule of the usurpers. “Dictatorship” in this social-republican sense is not a prelude or transition to democracy. It is democracy, i.e., the “government of the people by the people.”